Reports on the Titanic Disaster

The Titanic Disaster, Steamship Lanes, and the Establishment of the Ice Patrol: The 1912 Report of the Hydrographer, U.S. Navy

Titanic Inquiry Project - Complete transcripts of both the US Senate and British Board of Trade inquiries into the disaster, along with their final reports.

US Senate, Titanic Disaster Hearings: The Official Transcripts of the 1912 Senate Investigation

Construction of the Titanic

During her maiden voyage, Titanic struck an iceberg in the late evening hours of April 14. By 2:20 a.m. on April 15, Titanic had sunk beneath the frigid waters of the North Atlantic. Over 1,500 people perished, most from hypothermia. Only 710 people survived in lifeboats to be rescued by the Carpathia, which arrived a few hours later. 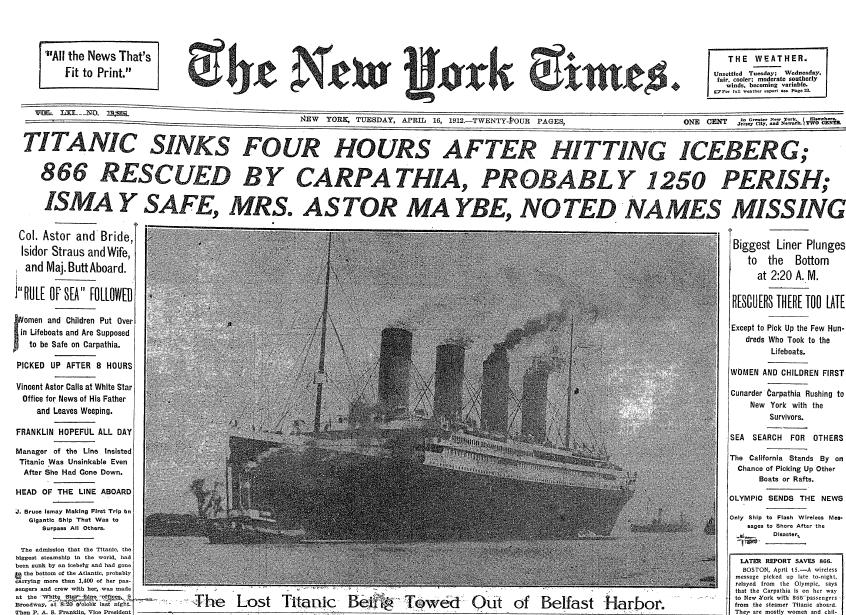