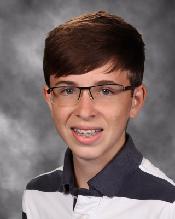 Noah started the Cross Country season over 25 minutes for a 5K. At Saturday's meet at Alvirne, he ran a PR 21:39 and was our top JV runner.  He shows up every day and continues to work to better himself throughout this entire season! 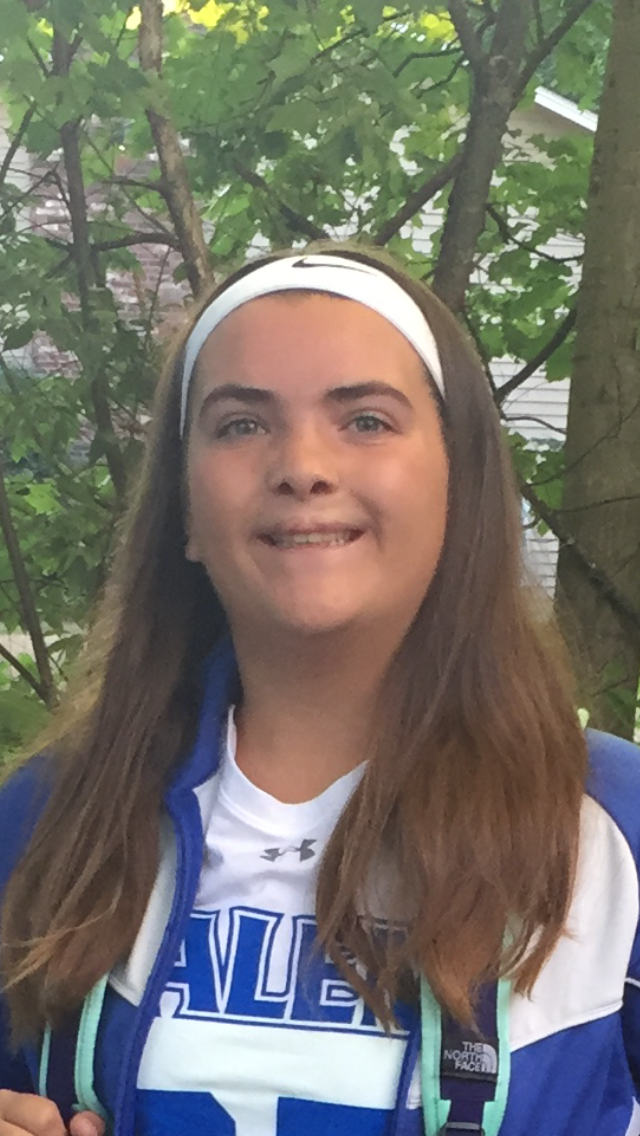 Laura was nominated by her coach as she had an excellent game against Nashua.  She played great on defense and started many of our rushes up the field.  Even though we lost in overtime, she was a major reason we were in the game! 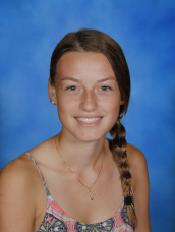 Olivia is a major reason why the field hockey team is 2-0.  Olivia had a great week scoring 4 goals.  She had 2 goals against Keene in a 2-1 victory and later that week against Memorial she added 2 more in a 3-1 victory 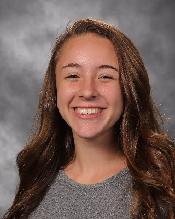 Silvia placed 25th overall at Nashua's Invite and placed 4th for Freshmen.  She placed 2nd at the last home meet with a time of 21:20 against Exeter and Raymond and placed 6th at this past weekends Manchester invite for Freshmen where she ran a 13:44 for 2.1 miles.  Silvia is off to a strong start as a freshmen on our Cross Country team! 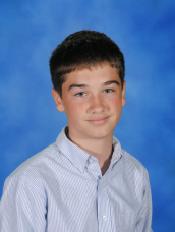 Ben was an instrumental part of our victory Friday against Spaulding.  He won over 15 headers to help spur our attack and shut down their midfield all day.  Ben was also a huge part of our victory Tuesday.  He scored his first career varsity goal (beautiful shot towards upper 90!) and it held up to be the game winner.  His work ethic is second to none in the program. 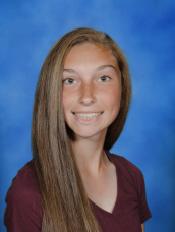 Rachel has scored in each of our 3 wins for soccer.  In two of those 3 victories, she has tallied the winning score.  In addition, she also has recorded 3 assists! 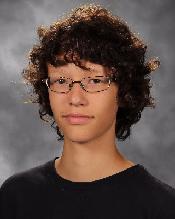 Carson is a sophomore who is having a good 1st year with the Cross Country team.  Coach Thibodeau says he has been working really hard and it shows as he's beaten his best time at every race! 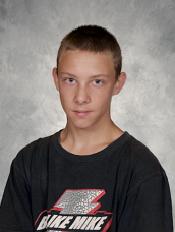 Mike is a freshmen who has no previous running experience but has already broken the 18 minute mark for a 5K! He has a lot of potential and Coach Thibodeau is very happy that he decided to join the cross country team this year. 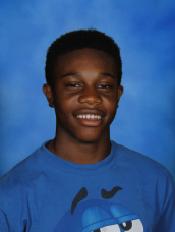 Josh is having a great start to the 2016 football season.  He ran 210 yards and had 3 touchdowns in Friday's 28-13 victory over Manchester Central! 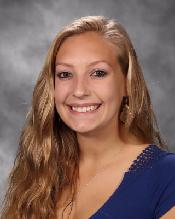 This is Brianna's 3rd year on the Varsity softball team.  During the last week of the season, Coach Sachs said her pitching, hitting and defense at first base paced the Blue Devils to 3 wins in a row for thier last 3 consecutive days! 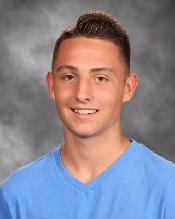 Dylan is Sophomore who is on his 2nd year with the baseball team and basketball team.  He pitched a complete game no-hitter, striking out 10 batters against Keene in the JV Basebal Tournament which helped advance Salem to the 2nd round of the tournament!

Week of May 7th 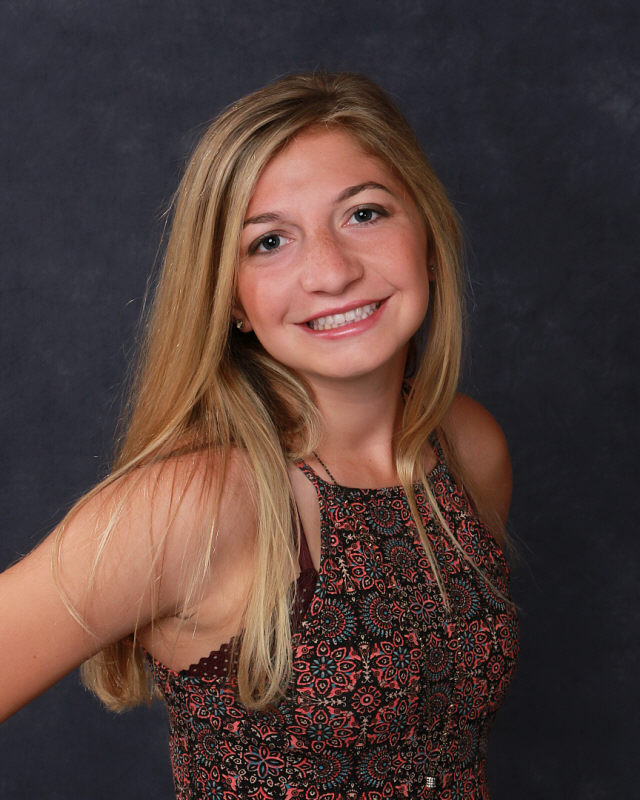 Ashley is the Varsity girls tennis player of the week per coach Killion.  The team was down 4 sets to 2 and one more loss would have meant they lost the match.  Ashley was part of this winning comeback.  She was down 1-4 but executed the plan that she and coach put into place and won the last consecutive five games to win her set 8-6 and in the process saved the match for Salem! 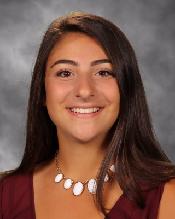 Grace is on the varsity girls lacrosse team.  Coach Gatsas nominated her as she played very well in all 3 of their games last week.  She broke up many of the opponents scoring opportunities while also creating many scoring opportunities for Salem.  Her open field ball skills were excellent and she also played multiple positions.  She ended the week having 2 assists. 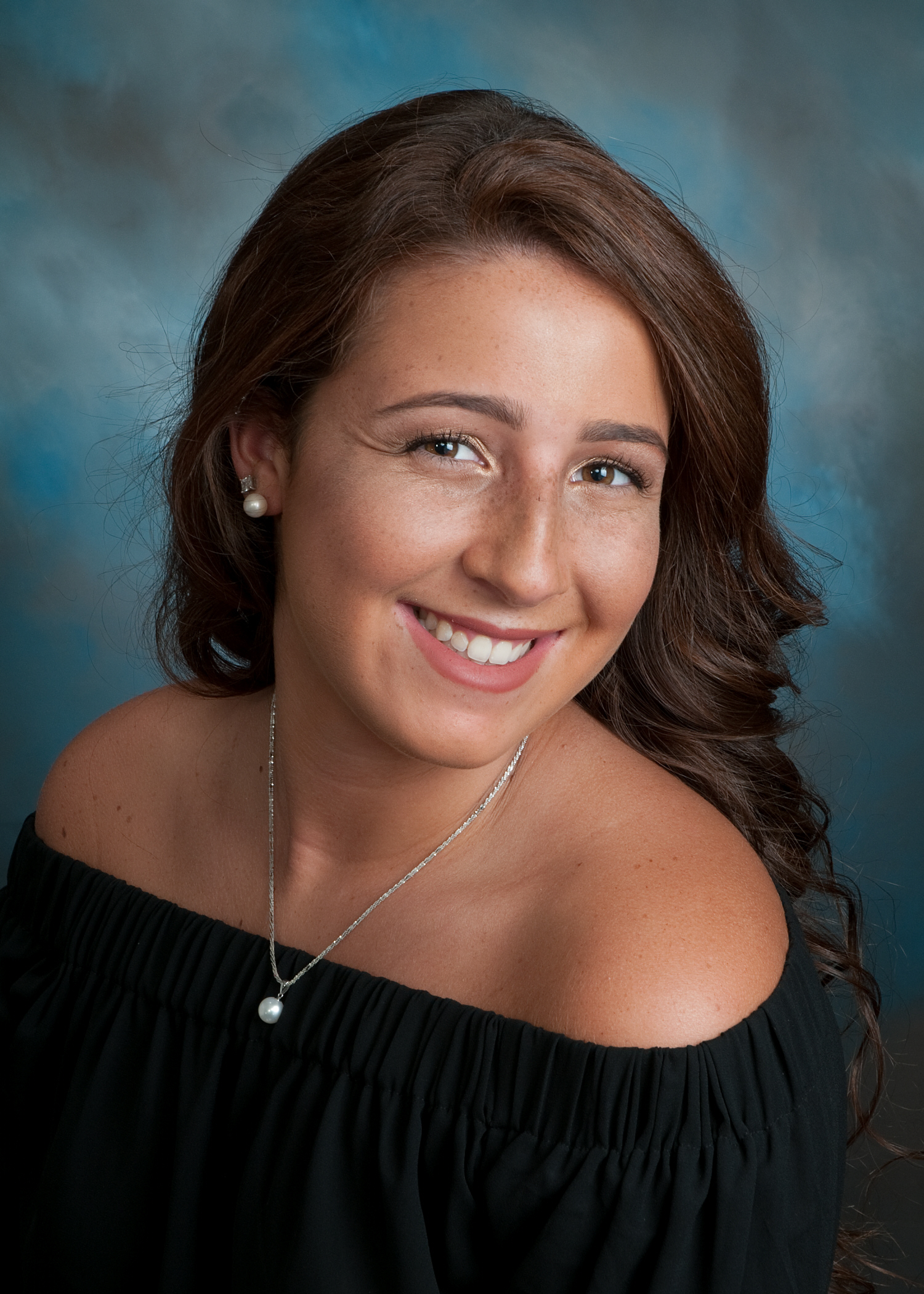 This is Kendra's 4th year on the Varsity softball team.  Coach Sach's said she had seven consecutive hits last week to raise her season average to .438!  She is having a great senior year! 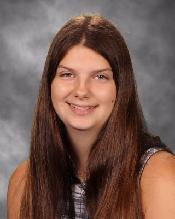 Emily is a 9th grader on the JV softball team.  Coach Beninati said she has been a positive role model for all her teammates with her attitude, work ethic and preparation for games and practices. 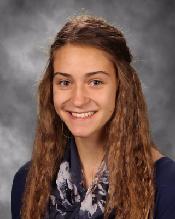 Katya is having a great start to her spring track season.  The 1st time running 300 hurdles, she won the event and automatically qualified 49.9 for the state championship!  At this same meet, she jumped 17' 1" (her personal best at Salem High), and also won the event as well as running the 2nd leg of the 4X400, which again, was a win for Salem! 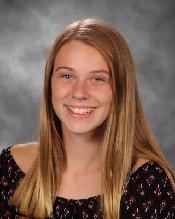 Courtney is enjoying her first season as a regular starter on the teams ladder as she's off to a strong 4-1 start.  She was the lone winner against BG winning 8-5 and she posted the strongest singles win against Londonderry taking her set 8-4 which helped lead the team to a victory!  She also won in her doubles match against Londonderry along with teammate Natasha Vallis. 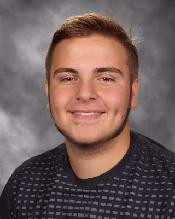 Andrew, who is a junior at Salem High, is having a great year also.  He was 2-0 the first two starts of his varsity baseball season!  This is Andrew's 3rd year playing baseball for the Blue Devils. 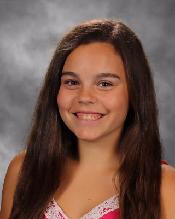 Mackenzie is having a great start to her varsity lacrosse year.  Coach Gatsas said she played well as an attacker and scored 3 goals this past week!  She also played very aggressively on defense and broke up many scoring opportunities. 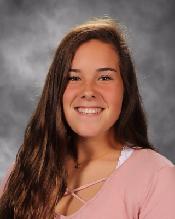 Victoria is one of our captains on our Varsity Softball team.  Coach Sachs nominated her as she was 6 for 8 at the plate in the first 2 games and had 6 RBI's last week!  She is having a great start to her junior year. 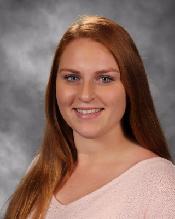 Catherine is also a captain for our Girls Varsity Lacrosse team.  Coach Gatsas said she had a number of scoring opportunities and helped move the ball very well for Salem.  She ended up with 4 goals and 2 assists last week!  She is having a great start to her junior year. 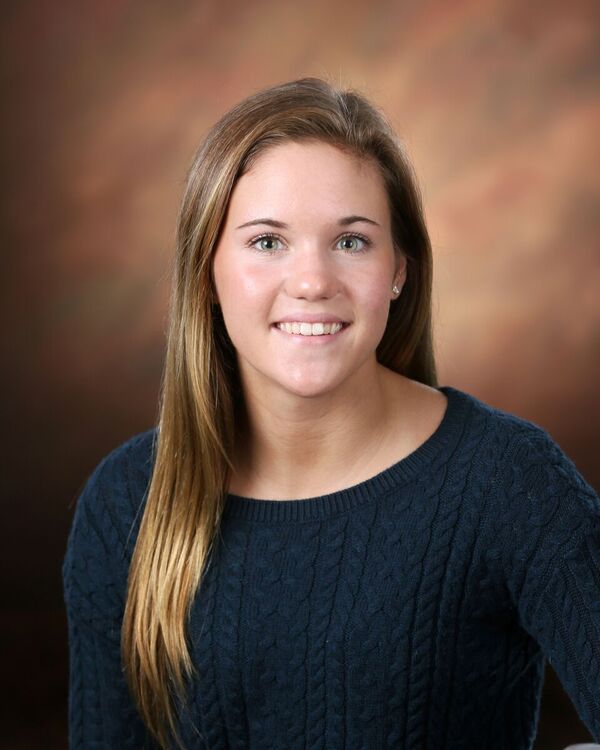 Katy is the D1 State Champion for Indoor track long jump.  She was also selected to the D1 All-State team.  Katy also broke the school Spring track record for the long jump at 18' 3" this past may.  She came in 2nd at the Dartmouth Relays with the best mark by a New England athlete. She's having a great athletic season. 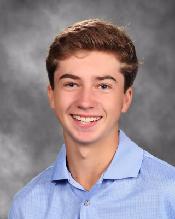 Mitchell has had a great 2 first years at SHS Ice Hockey.  He is only one of 7 freshmen to make the Eagle Tribune All-stars in 43 years!  He currently has 37 points this year which is in the top level of scorers in our league. He is a great leader with an even greater passion and respect of the game.  Mitchell is also on both our golf and lacrosse teams. 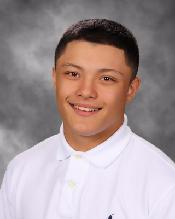 Tristen is once again having a great wrestling season and all his hard work is paying off.  He was named the D1 State Champion for his weight class this past weekend for the 2nd year in a row.  This year was 145lb and last year was 138lb. 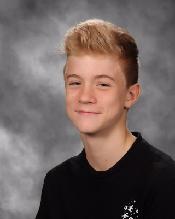 Matt, a freshmen, is having a great first season with high school wrestling.  He also was named the D1 State Champion for his 106lb weight class this past weekend.  He received another accolade that day as well as he was named "Outstanding Wrestler" of the tournament. 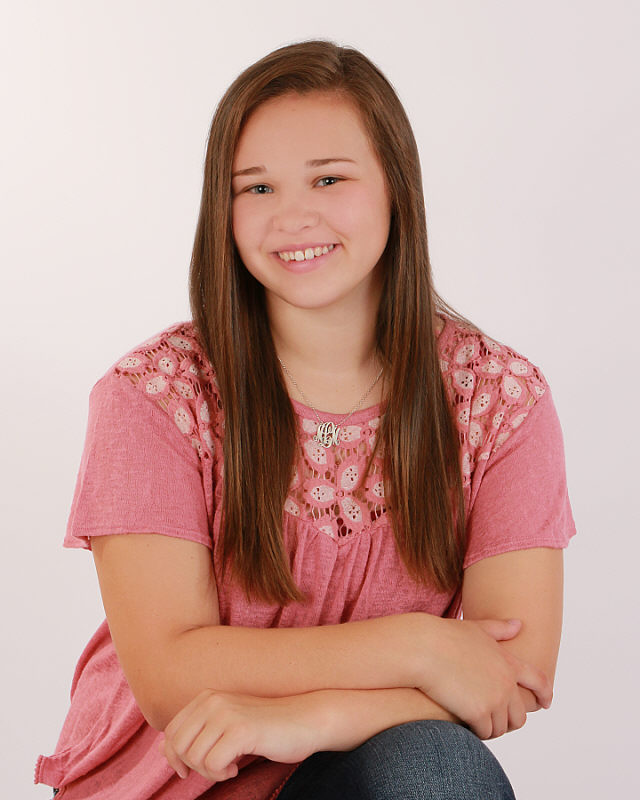 Meghan was one of our 25 NHIAA/NHADA Scholar Athletes that were invited to Concord the beginning of the month and was also the NHADA scholarship winner!  She is a 2 sport captain this year for both soccer and basketball and is at the top of her class academically. 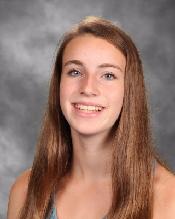 Emily is a 3 sport student athlete who qualified for D1 State this year.  She did very well this season making her state cut time in the 50 Free at one of her very first meets!  Head Coach Scarlette LeBlanc says that she is a positive and hardworking athlete and is always on time to practice.