Skip to main content
It looks like you're using Internet Explorer 11 or older. This website works best with modern browsers such as the latest versions of Chrome, Firefox, Safari, and Edge. If you continue with this browser, you may see unexpected results.
Untitled Document 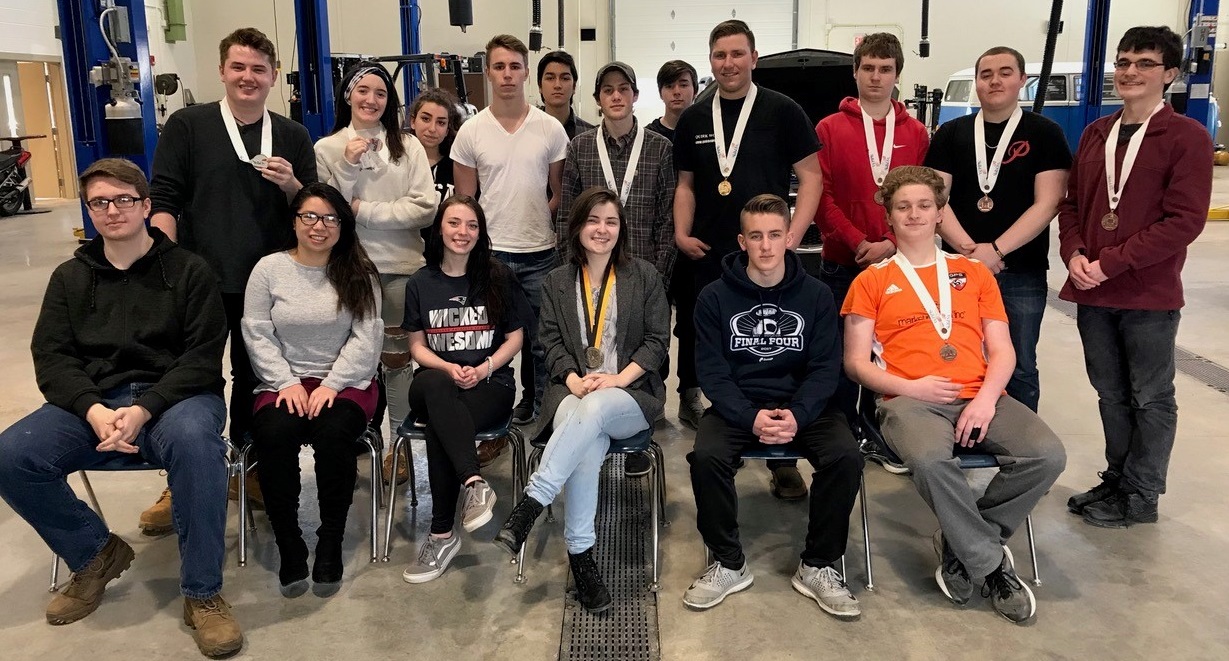 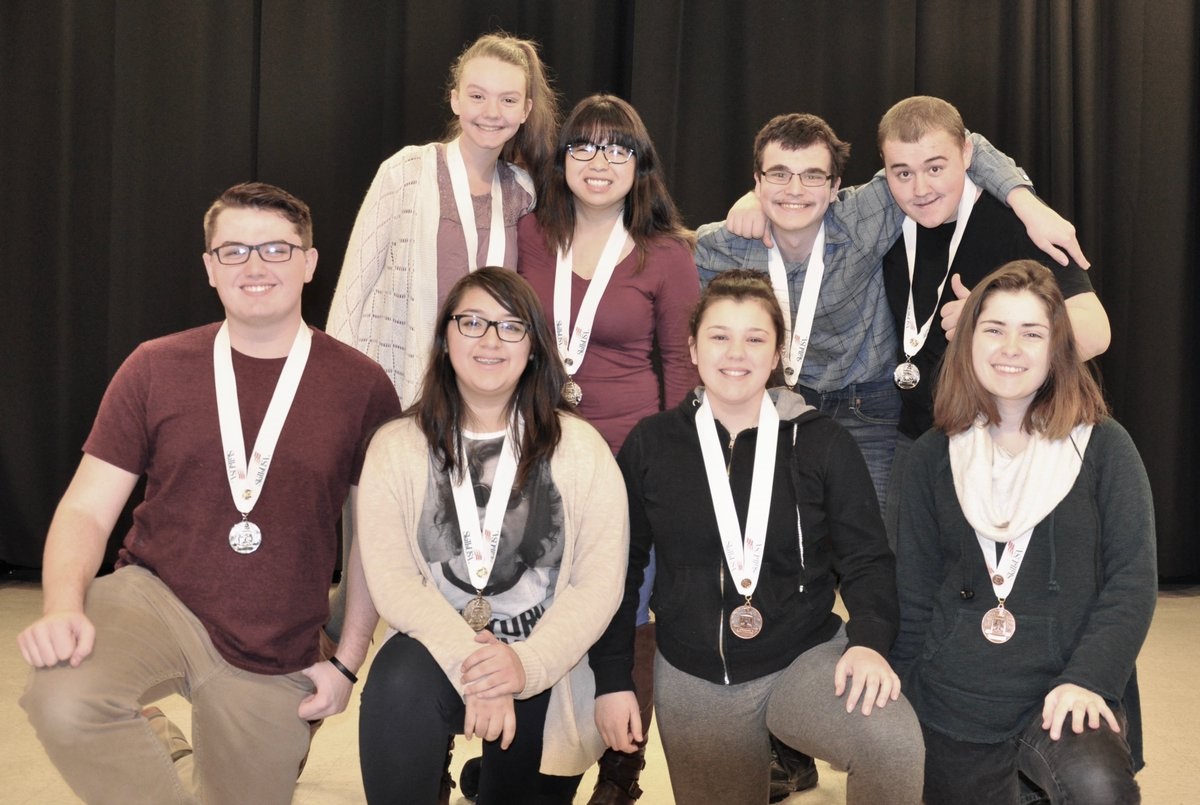 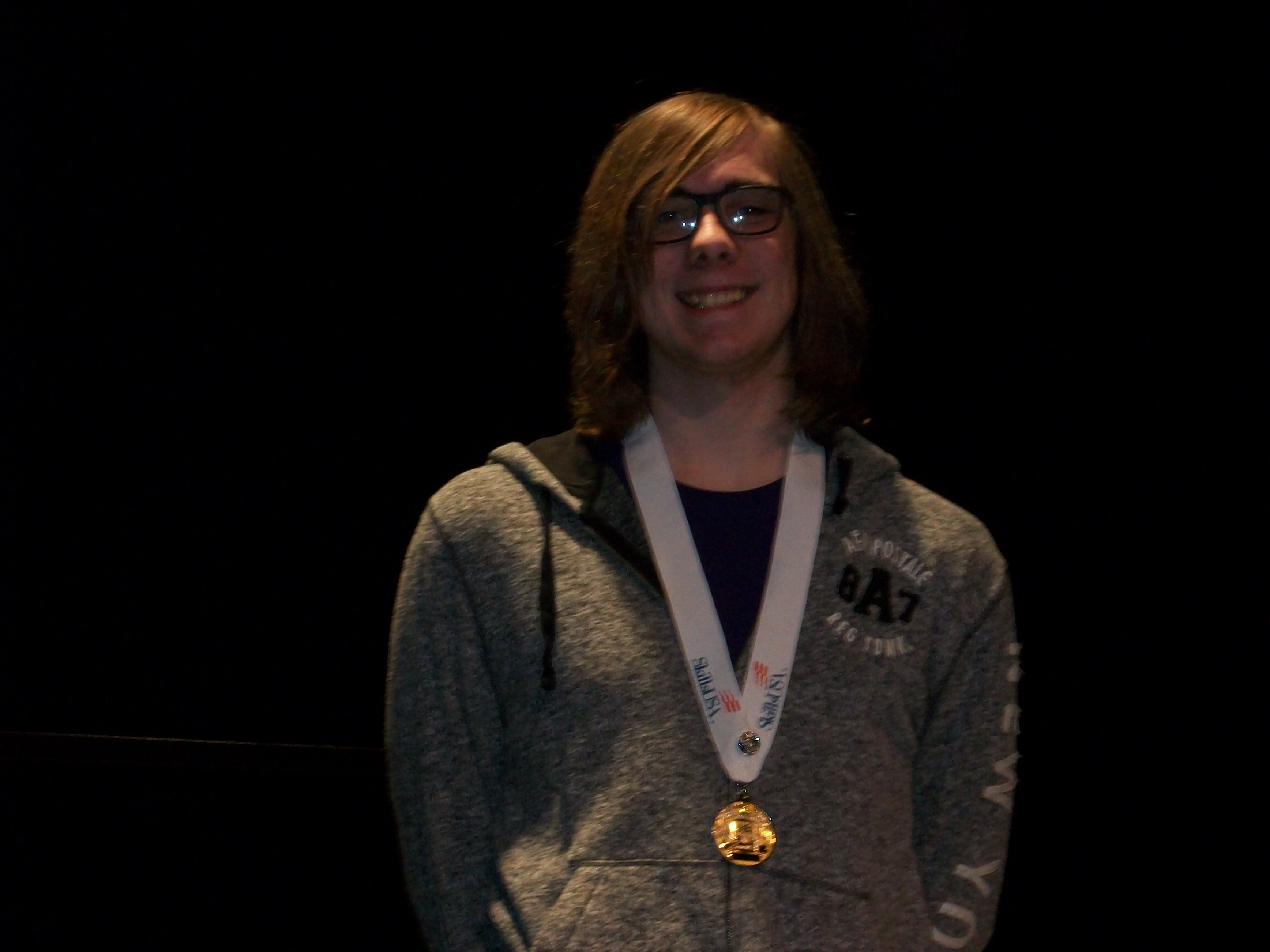 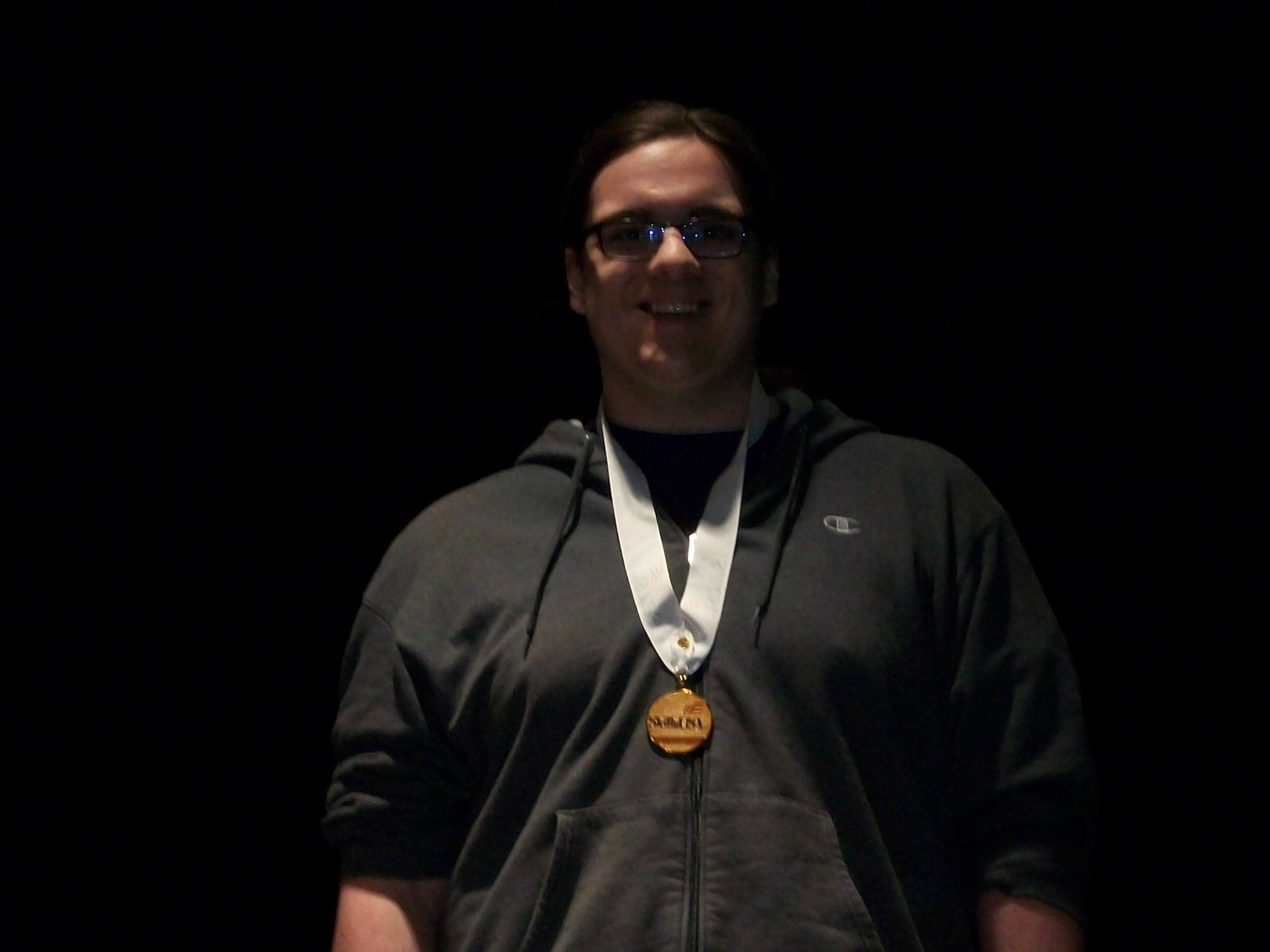 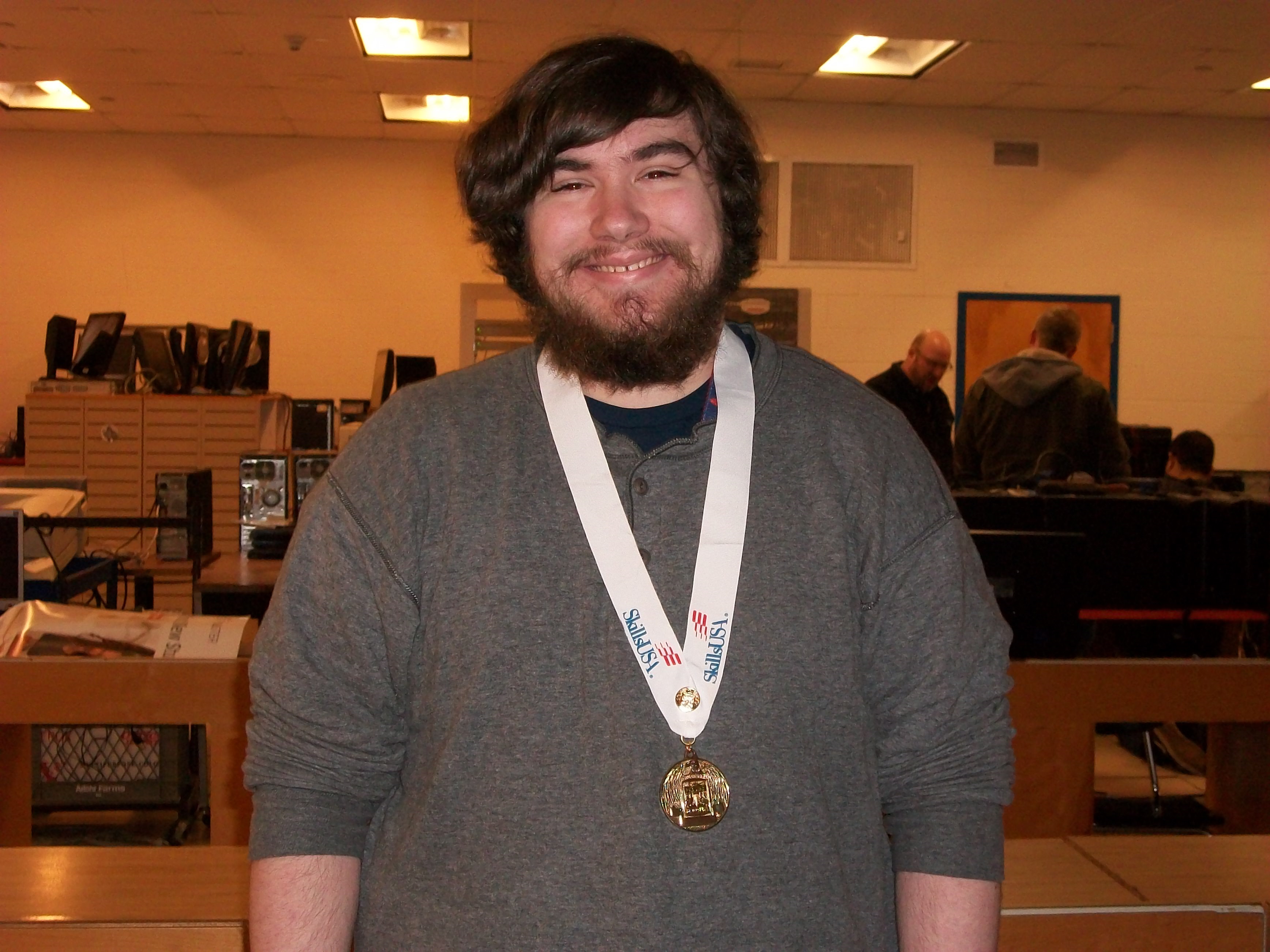 Congratulations to the following students for placing at the 2017 SkillsUSA NH competitions;

1st place winners will be traveling to the SkillsUSA National Leadership Conference on June 19, 2017.  Anyone interested in sponsoring the students may contact Mrs. Berube at Salem CTE Center 893-7073 x 5339. 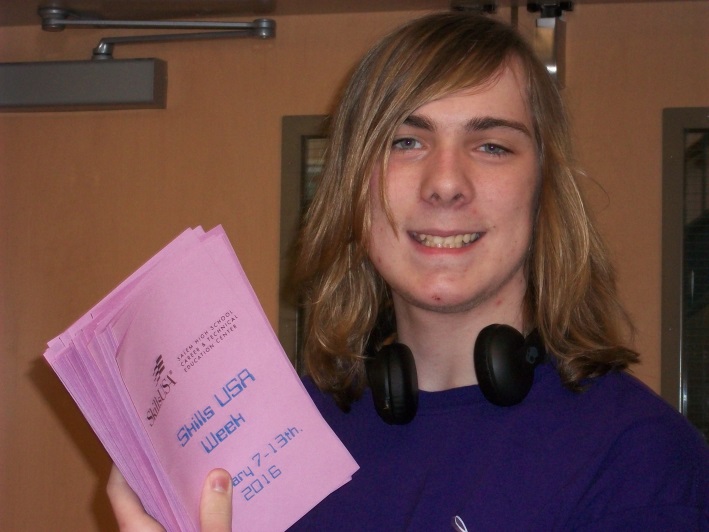 SkillsUSA Salem member Jacob Attarian created a SkillsUSA informational pamphlet explaining what a CTSO-Career & Technical Student Organization is and why it is important to join SkillsUSA at Salem High School. Jacob also included the dates and times for SkillsUSA meetings, as well as a directory of Salem Officers and Advisors.   Jacob, along with fellow committee members Joshua Attarian, Chris Nikitas, Anthony Morganelli, and Mrs. Terry Berube-Advisor, made announcements in the cafeteria and distributed the pamphlets to the students at all four lunches on Wednesday, February 10, 2016.  Pictured is a photo of Jacob Attarian, wearing his purple SkillsUSA NH Leadership T-shirt (donated by Gemini Electric), proudly holding his creation.  Jacob is currently a junior and enrolled in both the Marketing and the CSMA-Computer Software Media Applications programs at Salem’s CTE Center.

SkillsUSA Salem passed the criteria needed for the Chapter Excellence Award on December 7, 2015, receiving the 1st award granted in the state of NH for being a quality SkillsUSA Chapter.  Students will be busy working on Level 2 of the program in the upcoming months.  In order to receive the Level 1 award the group had to complete the following;

5.The chapter completed a projected budget.

6.The chapter completed a Program of Work.

Next, the group had to complete 3 activities using the 3 Framework Components 1-Personal Skills, 2-Workplace Skills, and 3-Technical Skills.  The 3 activities the Salem students chose to work on included; a Halloween Fundraiser, attended the SkillsUSA NH Fall Leadership Conference, and the group organized and implemented a community service project- Bingo at Salem Haven Nursing Home in Salem, NH on December 4, 2015.

Activity 1-The Halloween fundraiser was the brainchild of Joshua Attarian-membership officer and consisted of selling raffle tickets for the right to vote in a SHS teacher who would don a costume and then a 2nd raffle that selected which costume the voted-in teacher wore.  Mrs. Tasneem Mohammed, Mrs. Danielle MacDonald, and Ms. Sarah Ellins quickly volunteered and Mrs. Mohammed won.  The Whoopee Cushion costume was the winner of the 2nd raffle and Mrs. Mohammed paraded around the cafeteria during all 4 lunches on October 30, 2015.  The group was able to donate $25.00 to “End 68 Hours of Hunger” a Salem School District Initiative that provides support to Salem families in need. 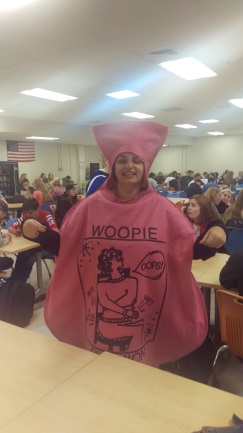 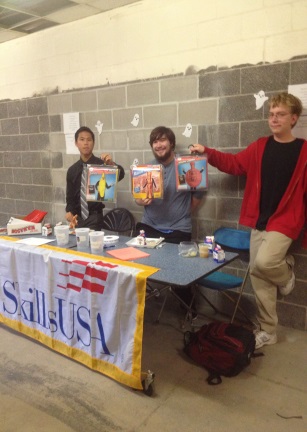 Photo 1 is Mrs. Mohammed in costume.  Photo 2 is Nick Payne, Ben Matte, and Patrick Chan (L-R) advertising the costumes, which SHS students purchased raffle tickets as a means of voting.

Activity 2-The SkillsUSA Fall Leadership Conference was attended by 19 Salem students and 3 Salem Professionals.  Students took workshops with titles including “Be a Role Model”, “Power of Public Speaking”, “Delivering the SkillsUSA Message”, “Be Your Best Self”, “Time Management”, “Exploring the Program of Work”, and “State Officer Discussion”.  Advisors and instructors attended sessions on the “SkillsUSA Framework and Career Readiness Curriculum” presented by Hal Casey-the Maine Skills USA State Director. 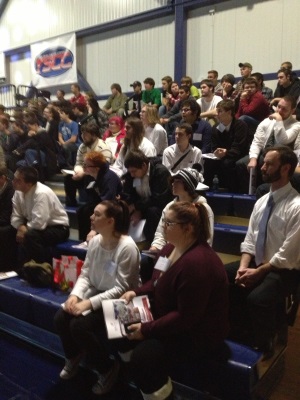 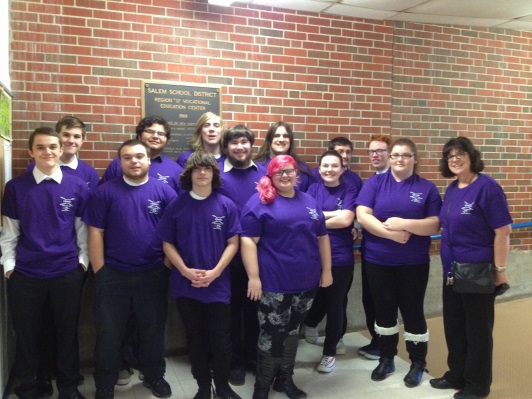 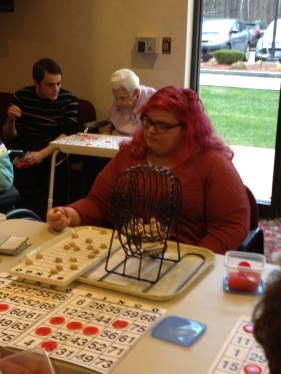 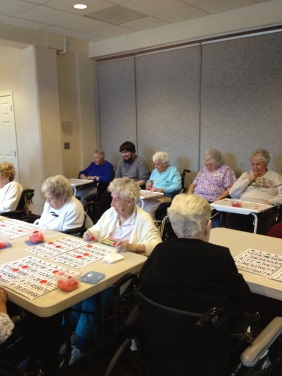 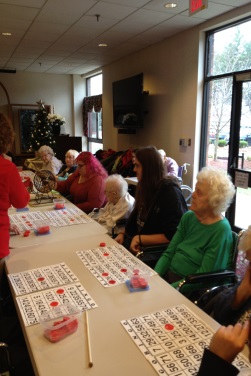 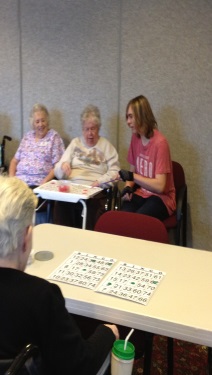 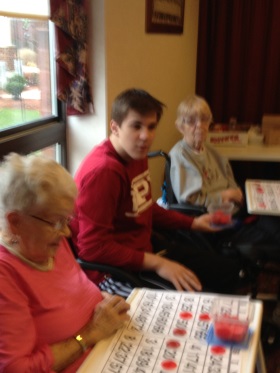 The deadline for the Chapter Excellence Level 2 Program is March 1, 2016 and the SkillsUSA Salem group is very busy working on their submission.  Chapters who receive either level of excellence will be recognized at the SkillsUSA Award Ceremony, which will be held at the Sanborn Regional High School on Sunday, March 20, 2016 at 2:00pm.