Marie Mizerek's Classroom: We are learning...

Partnering with Parents to Enrich the Student Learning Experience

The Mystery of the Silent e

The goal of the second unit is to build upon the key concepts learned in unit one while continuing to build a community of readers and writers who are interested in how letters, sounds, syllables and word parts work. 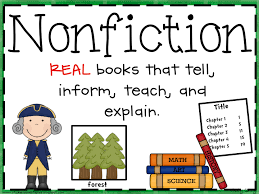 Students will practice and apply many strategies throughout the unit.  They will self-assess their work guided by a checklist and suggestions from our team members.

We are very excited to write teaching books!

Ask your child how they can teach their readers…

The unit focuses on understanding addition and subtraction along with applying strategies for solving mathematical problems within 20.

1.OA.1 :Use addition and subtraction within 20 to solve word problems involving situations of adding to, taking from, putting together, taking apart, and comparing, with unknowns in all positions, e.g., by using objects, drawings, and equations with a symbol for the unknown number to represent the problem.

1.OA.2: Solve word problems that call for addition of three whole numbers whose sum is less than or equal to 20, e.g., by using objects, drawings, and equations with a symbol for the unknown number to represent the problem.

1.OA.4: Understand subtraction as an unknown-addend problem. For example, subtract 10 - 8 by finding the number that makes 10 when added to 8.