Skip to Main Content
It looks like you're using Internet Explorer 11 or older. This website works best with modern browsers such as the latest versions of Chrome, Firefox, Safari, and Edge. If you continue with this browser, you may see unexpected results.
Salem High School Website

This page is based on understanding the functional groups involved in this branch of Chemistry including their properties as well as how to name specific molecules in a functional group.

What is Organic Chemistry?

It is important to understand what it is that you are studying and all of its aspects. The document below is a list of terms and their definitons to introduce some of the topics involved in Organic Chemistry. 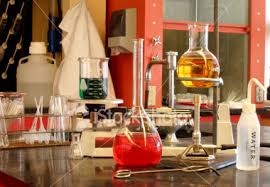 Here is a link to Quizlet.com so that you can study the terms (in the document below) and test your knowledge before getting farther into functional groups!

Alkanes, Alkenes and Alkynes are three different forms of hydrocarbons that attach to a carbon chain to form a functional group including Alcohols, Amines, Alkyl Halides, Aldehydes, Esters, Ethers, Carboxylic acids and Ketones.

Benzene is the primary hydrocarbon.

Benzene has a formula of C6H6.

There are six carbon atoms in the ring alongside six hydrogen

A benzene ring contains 3 double bonds, and in   order to show

a simplified version of this cycloalkene, you could use this

This also shows the delocalization of electrons in the orbitals.

The most simple Aromatic Hydrocarbon is methyl benzene:

With the benzene ring and an alkyl group "methyl",

Ethers are organic compounds in which two hydrocarbon groups are bonded to the same atom of oxygen.

Like Alkanes, ethers are not very reactive compounds so they are commonly used as solvents.  They have very low boiling points meaning their bonds are rather weak. As the alkyl chains get longer, the bond difference becomes smaller. They become weaker.

Ethers are also more reactive than alkanes. It's common formula is [R-O-O-R']

When naming ethers, you have to identify the alkyl groups on each side of the chain in alphabetical order, then write "ether". For example: dimethyl ether.

A major topic of Organic Chemistry are functional groups. A functional group is an atom or group of atoms that is responsible for the specific properties of an organic compound. They undergo the same type of chemical reaction in every molecule in which it is found. There are eight different forms of functional groups in this chapter.

Alcohols: these have a hydroxyl group with the suffix "-ol"

Ketones: these have a carbonyl group with the suffix "-one"

Aldehydes: these have an aldehyde group with the suffix "-al"

Ethers: these use an ether group with the name "alkyl alkyl ether"

Esters: these use an ester group with the name "alkyl alkyloate"

Carboxylic Acids: these use a carboxyl group with a suffix of "-oic acid"

Amines: these use a primary amine group with a suffix of "-amine"

Alkyl Halides: There is no specific group used for alkyl halides and have several suffixes and names.

A quick tutorial to show how to name Branched-Chain Alkanes.

Systemic Names of Alkenes (and Alkynes)

A quick tutorial to show how to name Alkenes.

The first major functional group are Alcohols. Alcohols contain 1 or more hydroxyl groups.  A hydroxyl group is a functional group that contains an oxygen atom connected by a covalent bond to another hydrogen atom. An example of that would be a water molecule (H2O). Alcohols are most commonly used in cold creams, lipsticks and body lotions [1, 2, 3-propanetriol or glycerol].

They are commonly grouped with Ketones due to their similar structures. Ketones however have a carbonyl group attached to a carbon atom WITHIN the chain, rather than at the end. Ketones and Aldehydes are used for flavoring and odors in most perfumes and artificial foods.

The structure of the ketone involves one oxygen atom double bonded to a carbon atom (this makes the carbonyl group), which then is singularly bonded to two hydrocarbons, where "R" is one hydrocarbon, and "R'" is either the same hydrocarbon or a completely separate one.

Ketones are most commonly known to have hydrocarbons called alkyl's, or could even involve a benzene ring (look at Aromatic Hydrocarbons). The structure of an aldehyde has a carbonyl group, like ketones, that are then singularly bonded to one hydrogen atom and one hydrocarbon group, such as alkyl's or a benzene ring. 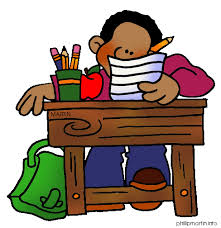 Now that you have viewed all of the different pieces of this libguide and watched the videos on naming hydrocarbons, you are ready to Test Your Knowledge! Below are two document links. One is the actual quiz, the other is an answer key to see how you did.

Amines are organic compounds that can be considered derivatives, or a substance obtained from another compound, of ammonia, NH3. They are very common in nature and are often formed during the breakdown of proteins in animal cells.

An example of a reaction with an amine could be when unshared electrons on a nitrogen atom make the amines act as weak bases in an aqueous solution.

Alkyl Halides are organic compounds in which one or more halogen atom (Halogens include fluorine, chlorine, bromine and iodine), are substituted for one or more hydrogen atoms in a hydrocarbon.

Alkyl Halides have the formula "R-X" where "X" represents any halogen.

Some of the most famous Alkyl Halides are chlorofluorocarbons, or CFC's, that include two halogens, chlorine and fluorine.

Two kinds of CFC's that are most commonly recognized are Freon-11 and Freon-12.

These alkyl halides are guilty for causing destruction of the atmospheric ozone layer.

Esters are carboxylic acid groups in which the hydrogen of the hydroxyl group has been replaced by an alkyl group. They are considered derivatives of carboxylic acids because of their similar structures.

At least ONE of the hydroxyl groups in an inorganic acid or organic acid are replaced with an alkyl group.

An Oxygen is double bonded to a carbon atom that is singularly bonded to a parent hydrocarbon.The "R"'s represent the alkyl groups that are replacing the hydroxyl group. Esters are formed by condensing an acid with an alcohol.