<< Back to About the District 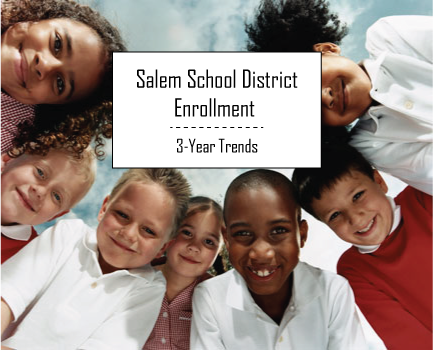 The Salem School Board contracted with the New Hampshire School Administrators Association to complete an independent investigation and analysis of the demographic needs for Salem’s K-12 student population.  Several similar type reports have been completed through the years with the most recent previous report completed in 2012.   The most recent, completed in October, 2017, provides evidence that our school district will have a fairly stable enrollment over the next ten years, with an overall enrollment reduction of approximately one hundred forty students over a ten year period.

Both the 2012 study and the 2017 study are enclosed for the community’s review.   Readers will note that New Hampshire’s school age population has declined dramatically since the early 2000’s. Therefore, like much of the southern New Hampshire region, Salem has seen its student population decline with other towns and cities.

School Board and district officials will use the Demographic Analysis and Enrollment Projections study information to plan facility needs and make programming decisions accordingly. One of our immediate decisions will be to address a possible expansion of our full-day kindergarten program and how that will impact our facility needs.

These reports were presented by the Superintendent to the Salem School Board discussing the progress toward reaching the District's strategic goals:

The Salem School Board initiated a strategic planning proposal in the fall of 2011. With a commitment to undertake such an important process, district officials developed a plan to begin the project in August, 2012. A core strategic planning committee comprised of school officials, teachers, and parents established a year-long schedule of meetings and activities to culminate in the adoption of a strategic plan and provide our community with a shared vision for education.