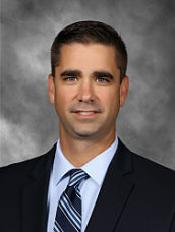 Principal Matthew Barry grew up in Salem and is a 1997 graduate of Salem High School. After graduating from SHS, he attended the University of New Hampshire and received his Bachelors in History and a Master’s Degree in Secondary Education. Mr. Barry was fortunate to be able to come back to SHS and teach social studies and coach for 8 years. During this time frame, Mr. Barry earned his Principal Certification from Rivier University. In 2010, he became Dean of Students at SHS and served in that role until 2020 when he became principal of Woodbury.

Mr. Barry currently resides in Salem with his wife and two children.

Amy Favreau grew up in Wethersfield, CT and relocated to New Hampshire in 1994.  She lives with her husband, Peter, and two children in Manchester.  Amy has been a classroom teacher, a reading supervisor, and a reading specialist for the past 22 years.  She has worked in Massachusetts, Virginia, as well as in the Nashua, Manchester, and Salem School Districts. Amy was a reading specialist at Fisk and Lancaster Elementary Schools in Salem for four years. In 2013, Amy joined the Woodbury staff as Assistant Principal. She earned a Bachelor’s Degree in Elementary Education from St. Michael’s College in Vermont, a M.Ed. in reading from Boston College, and received her principal certification from New England College. 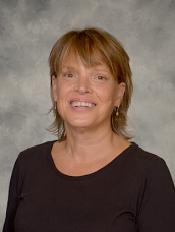 Kim Boothroyd was born and raised in Ithaca, New York.  After graduating high school, she attended SUNY Cortland and received a Bachelor of Science in Elementary Education.  Kim was an elementary school teacher for a number of years in Seattle, WA and in Ithaca NY.  Kim then went on to earn a Master’s Degree in Reading from UNH.  From there Kim taught at a progressive independent school in NYC where she was the Lower School Literacy Specialist. She eventually landed back in NH earning a PhD in Literacy and Schooling at UNH. Over the last 35 years Kim has held numerous positions in education including classroom teacher, literacy specialist, instructional coach, researcher, university lecturer and consultant.  Kim currently resides in New Boston, NH with her husband, George. 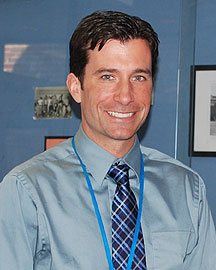 Brad St. Laurent was born and raised in the Merrimack Valley area. His first job in education was as a sixth grade teacher in Windham, NH where he taught for seven years. In 2004 he was selected as an assistant principal for Woodbury School. He was named building principal for the 2010-2011 school year. After ten years, he returned to the AP role for the 2020-2021 school year. Mr. St. Laurent completed several programs through the University of New Hampshire and holds certifications in Elementary Education, Principal, and Superintendent.

His wife, Suzi, teaches in the Salem School District at the elementary school level. They live in Auburn NH with their sons Bradley and Alexander.

Susanne Mathers was born and raised in New Jersey before relocating to Windham with her husband and two children. She has 19 years experience in education with a focus in Special Education. Prior to becoming the Special Education Coordinator, Susanne was a Special Education Case Manager and Math teacher at Woodbury School. She also worked in Special Education in Windham as well as coaching Track and Field and Cross Country. Susanne continues to stay connected to teaching by working at Salem High School Continuing Education.

Susanne is a graduate of East Stroudsburg University in Pennsylvania, with a degree in Health and Physical Education. She also holds a certification in Special Education from Rivier College. 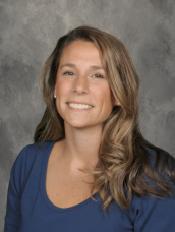 ​Keli Barry grew up in Westford, Massachusetts.  After graduating high school, she moved north to attend college at the University of New Hampshire in Durham.  Keli earned a Bachelor of Science Degree in Math Education, and then went on to UNH Graduate School to pursue a Master’s Degree in Elementary Education.  Keli began her teaching career in 2003 in Salem, where she taught middle school math for 15 years.   She is currently a Math Specialist for grades 6-8 at Woodbury School.  Keli resides in Salem, NH with her husband, Matt, and their two children.