You will find information and videos about the battles during World War II.

An Introduction to WWII

The National WWII Museum   - This museum in New Orleans explore the contributions of world leaders and extraordinary courage of everyday people. Uniforms, weapons, photographs, and diaries are among the more than 100,000 artifacts.

WWII from the BBC 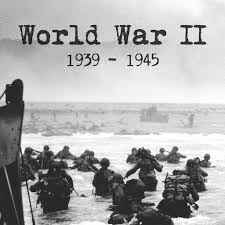 What Was the Holocaust?

The Holocaust was the systematic, bureaucratic, state-sponsored persecution and murder of approximately six million Jews by the Nazi regime and its collaborators. Holocaust is a word of Greek origin meaning “sacrifice by fire.” The Nazis, who came to power in Germany in January 1933, believed that Germans were “racially superior” and that the Jews, deemed “inferior,” were an alien threat to the so-called German racial community.

The Holocaust   - Information, videos, speeches and pictures about the Holocaust from History.com

Virtual Library about the Holocaust and WWII